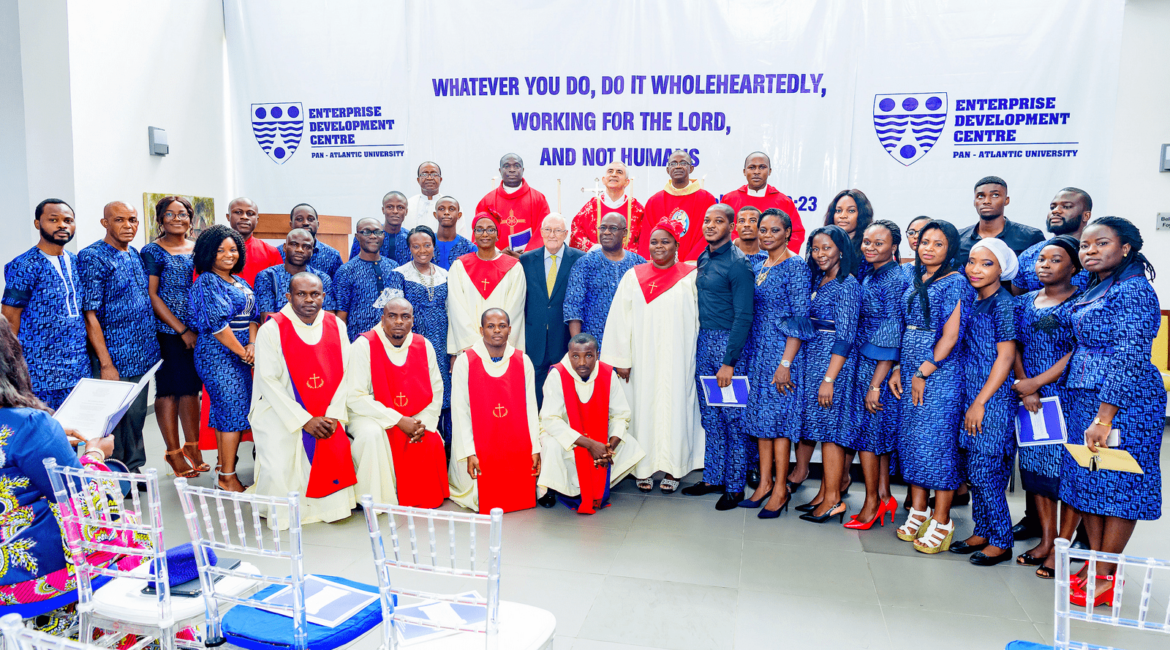 It was indeed a week of celebrations and milestones for the Enterprise Development Centre (EDC). The day following the SME conference event EDC celebrated her 15th year anniversary with a solemn Mass held at the EDC Green Building foyer. There were about 150 guests in attendance.

In his welcoming speech during the Mass, the EDC Director, Mr. Peter Bamkole noted that EDC actually clocked 15years in January 2018 but elected to celebrate the occasion at a more suitable time. His account of the inception of the institution which started as Enterprise Development services (EDS) showed that hers was a case of little beginning with a clear focus.

He said that EDS started with a simple clear mandate given to him; as he was just completing his EMBA program at Lagos Business School, by the then Vice-Chancellor of Pan-Atlantic University, Prof. Albert Also. In a nutshell, Mr. Bamkole was charged to go develop the SME sector in Nigeria. In addition to the solemn thanksgiving Mass, the day was marked with a special dinner at Twin Towers Lekki attended by EDC management and staff alongside long-standing EDC partners, collaborators, and friends.

No comments to show.